In addition to Christian and Orthodox denominations, Reformed believers and Jehovah's Witnesses are regularly invited to the town.

The Church of King Saint László of Mórahalom awaits those who long for silence and immersion with open doors all day.

The people who settled here have always had strong faith in God. After their relocation from Szeged-Alsóváros, they soon built a chapel and then a church. The chapel was erected to commemorate the Tisza flood of 1897, and the Guardian Angels consecrated it in honour of King St. László in 1903.

Numerous roadside crosses and belfries still testify to the religiosity of the locals and the residents of the area.

Information about the crosses was collected for posterity in the 2000 issue of the Mórahalom Chronicle, under the chapter titled “Our Storm Crosses and Bells”.

More information about the church and the occasions can be found on the parish's website.

Mórahalom, as the “Gateway to the Balkans”, aims to host diverse cultural, social and religious communities in Kolo. In the latter case, religious immersion is enhanced by an orthodox chapel in the building, which has its own parson.

In addition to the above referred denominations, Reformed believers and Jehovah's Witnesses are also regularly invited to events in the town.

Back Chapel with its unique style in the countryside can be admired next to route 55, in the direction of Ásotthalom.

Pilgrimages, visiting each other’s churches and village fairs have always been important to the religious inhabitants of the area.

The section of the pilgrimage route named after St. Elizabeth continues this tradition. As the southern branch of Maria Road crossing over the Carpathian Basin, it passes through our region between Szeged and Baja, and not only connects sacred places, but also shows the most beautiful face of the Homokhátság (Sand Ridge) to those who embark on this journey. 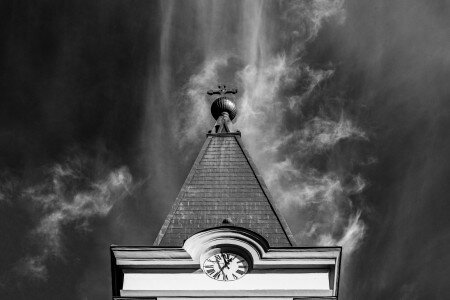 The atmosphere of the church of King St. László carries the devotion and prayers of more than a century, which can still be felt to this day.